"Learn How to Use Whole Grains Everyday"

(No Classes Currently Scheduled)
Classes are $25 each,
about two hours long, Arlington, WA area.
To reserve a seat and get directions,
EMAIL:
wildoatsandaprons@gmail.com
or leave a msg at
425-971-2265 (email is preferred, so that I can send directions and confirmation)
For complete class descriptions, see website:
www.wildoatsandaprons.com, and click on 'Classes'
*CHECK BACK OFTEN, AS CLASSES MAY BE ADDED WITHIN A MONTH.
**Contact me for the possibility of having a class at your site, with your group.
******ABOUT******
How do you make whole grains as accessible, fast, and craving-good as your favorite restaurant food? Good news; I've got about a million ways. Consider these classes and instruction your own personal Kennedy Space Center, launching you on your own fun journey with whole grains. You will be amazed at how easy and super tasty whole grains can be, and how many ideas will come to you, once you start out. In fact, it would be my best compliment if YOU became better than me, coming up with multiple ideas of your own.
Some have asked me about the glamour girl logo, if I think its a likeness of me.
Good grief, no! She's a "bread babe", and me, at age 45, could be considered more of a 'bread broad'--but don't call me that. That would make me feel all unhappy inside. We both have blond hair and blue eyes, and we both smile a lot, but thats where the likeness ends. (Btw, the wild oats girl, as well as my website, were designed by my incredibly talented niece. Check out her work:http://www.kikiandsquishy.com/chris/info.html
Still, is "bread babe" too cutie-pie for representing whole grain living? I know, right? When you think of whole grains, don't you picture unshaven legs, no make-up, no style? Ha! That was so last decade. You and I are going to make whole grains CHIC! Whole grain dishes will be soon fought over at potlucks, for sure. The Wild Oats and Aprons Bread Babe represents YOU, the customer: smart, chic, happy, super cool.
Yeah! Run with it. 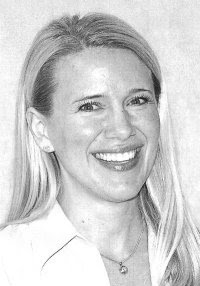 Tanna
Tanna has been giving classes on how to make whole grains fast, easy, and delicious for over 20 years. Starting with her co-workers, everyone was amazed at how simple, speedy, and un-messy Tanna's methods proved to be. Fellow business travelers, backpackers, and sports moms finally found answers how to eat great, in today's busy life. Born and raised in Montana, Tanna lives in Arlington, Washington with her husband and two teenage children. 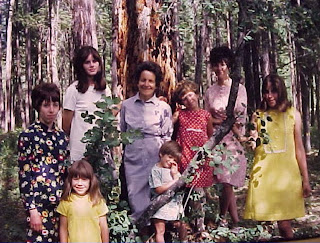 In February it will be my snowman’s anniversary,
With cake for him and soup for me!
Happy once, happy twice, happy chicken soup with rice.

In March the wind blows down the door and spill my soup upon the floor.
It laps it up and roars for more.
Blowing once, blowing twice, blowing chicken soup with rice.

In April I will go away, to far-off Spain or old Bombay, And dream about hot soup all day.
Oh my once, oh my twice, oh my chicken soup with rice.

In May I truly think it best to be a robin lightly dressed, Concocting soup inside my nest.
Mix it once, mix it twice, mix that chicken soup with rice.

In August it will be so hot, I will become a cooking pot. Cooking soup of course. Why not?
Cooking once, cooking twice, cooking chicken soup with rice.

In October I’ll host to witches, goblins, and a ghost. I’ll serve them chicken soup on toast.
Whoopy once, whoopy twice, whoopy chicken soup with rice.

In November’s gusty gale I will flop my flippy tail. And spout hot soup. I’ll be a whale!
Spouting once, spouting twice, spouting chicken soup with rice.

In December I will be a baubled, baubled Christmas tree With soup bowls draped all over me.
Merry once, merry twice, merry chicken soup with rice.
Posted by Tanna at 9:59 AM